Paseo Cayala is a livable, walkable development that offers everything you would want in a “city”; all securely protected by armed guards and security cameras, and surrounded by a ringed “moat” of white stucco walls.  Guatemalan developers are building this nearly independent city for the wealthy on the outskirts of a capital marred by crime and snarled by traffic. At its heart is the 34-acre Paseo Cayala Guatemala, with apartments, parks, high-end boutiques, church, nightclubs, and restaurants. It’s bordered by even costlier subdivisions begun earlier. Eventually, the Cayala Management Group hopes to expand the project into “Cayala City,” spreading across 870 acres (352 hectares), an area a little larger than New York’s Central Park. 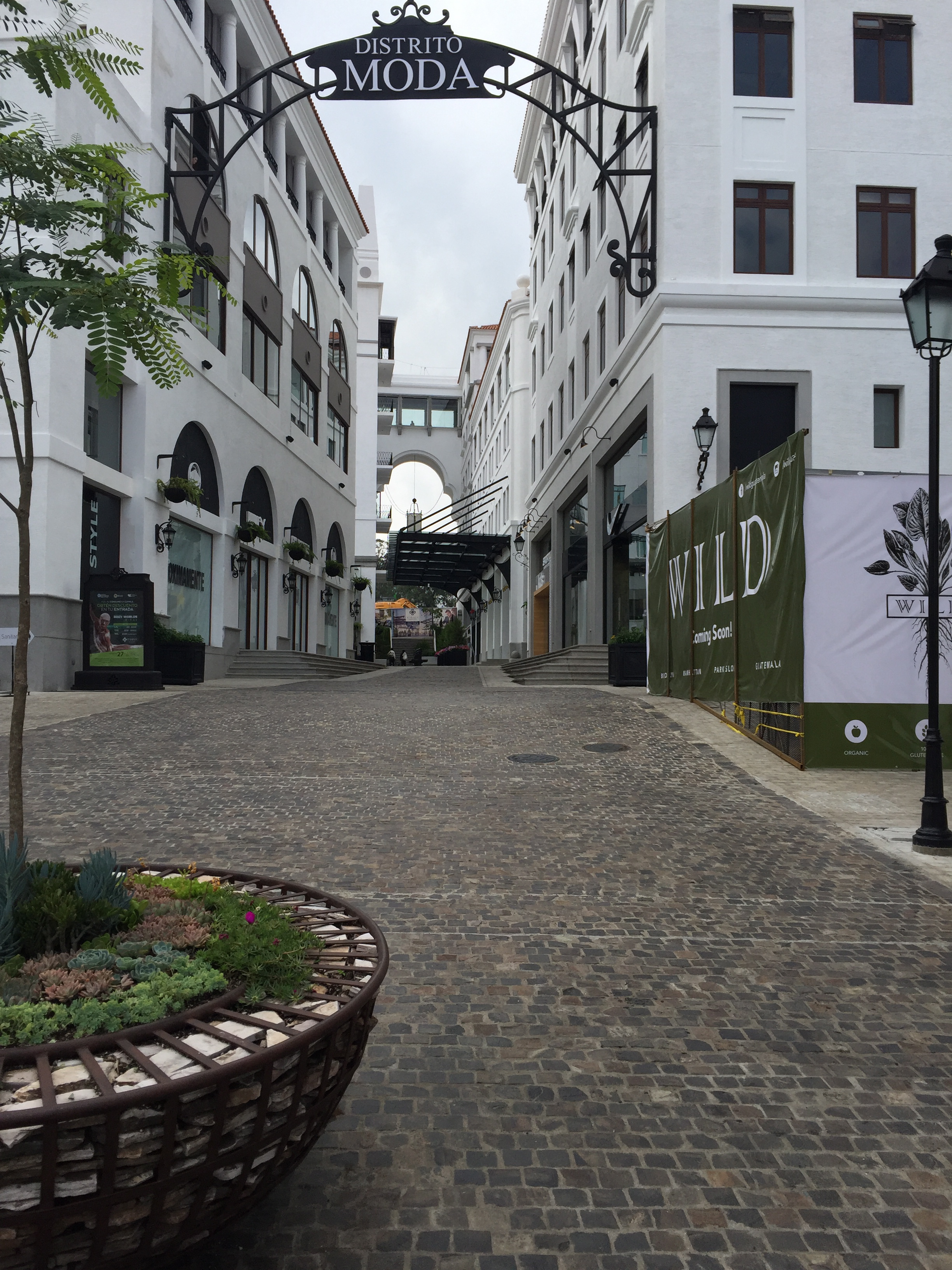 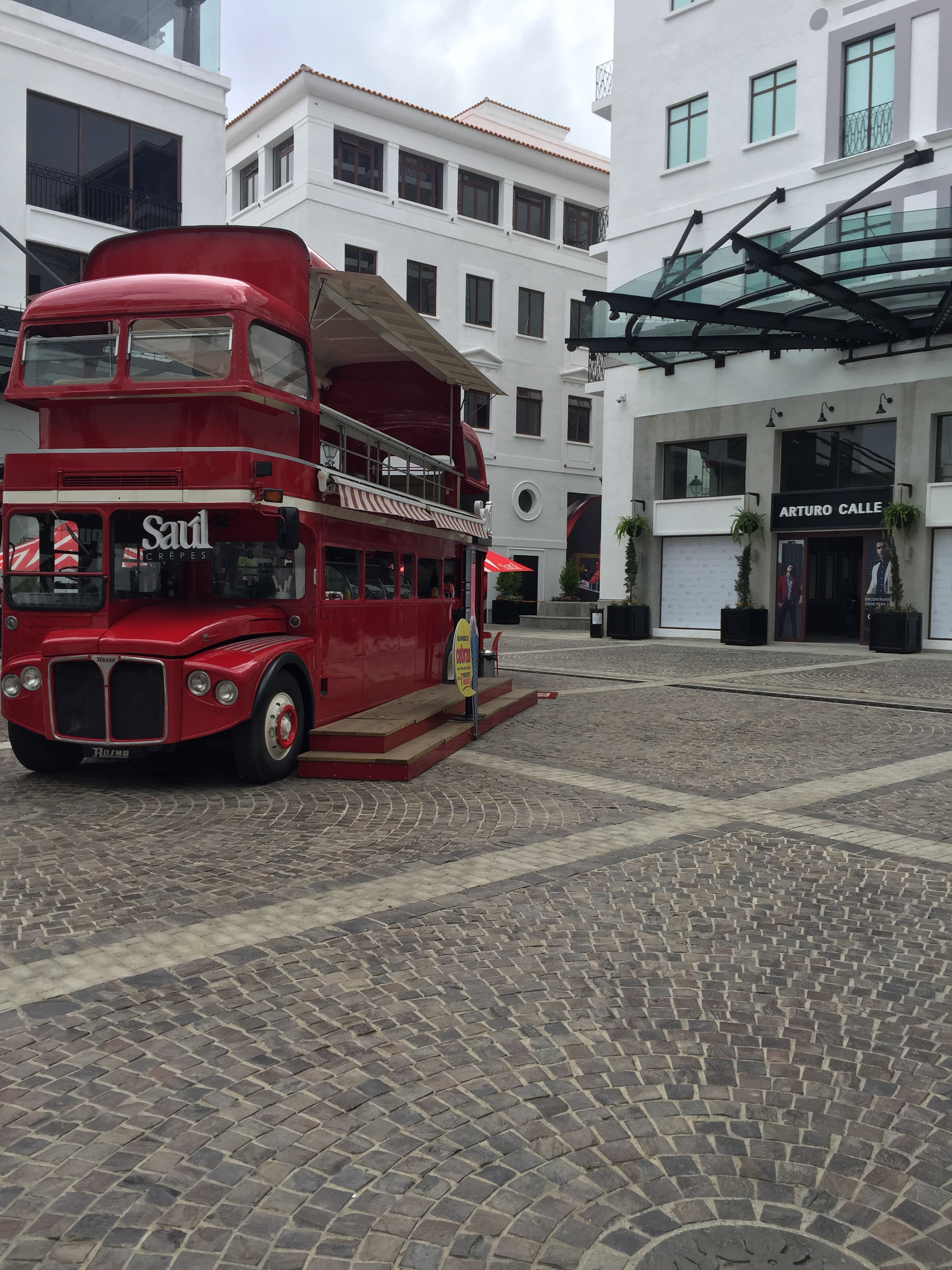 Saul Bistro imported a red double decker bus from England, which now serves crepes and other sweets. The concept officially arrived in Guatemala to expand the fashion and restaurant empire of Saúl E. Méndez. The bus is located in the new fashion district of Paseo Cayalá.  Emilio Méndez explains “Since I lived in London I fell in love with all English culture, it has many icons. Our dream was always to bring the English bus. It took us a couple of years to make the decision and find the right bus. ”

In addition to office area and business options, the Fashion District will have two Marriot hotels. The Marriot Hotel will have 160 rooms, swimming pool and meeting rooms. The European designed AC by Marriot will boast 115 rooms, roof-top restaurant & bar. They are expected to be inaugurated later this year.  AirBnB rentals are popping up quickly.

Cayala’s backers promote it as a safe haven in a troubled country, one with an unusual degree of autonomy from the chaotic capital. It also embraces a philosophy that advocates a return to a traditional concept of a city, with compact, agreeable spaces where homes and shops are intermixed.

Detractors, however, say it is a blow to hopes of saving the real traditional heart of Guatemala City by drawing the wealthy from the urban center to participate in the economic and social life of a city struggling with poverty and high levels of crime and violence.

One consideration why some people want to live in Cayala boils down to the fact that many of the wealthy are simply racist. They do not like their fellow citizens. In fact, they don’t even think of them as citizens. Granted not all elites and not all those who are living in or will live in Cayala are racist. However, many of the attitudes that led to the civil war and that were documented in the various human rights reports remain pressing concerns today. Racism lies behind much of what the people and the government do or do not do.

We have the same problem in the United States where elites would rather isolate themselves from society around them. It’s just a lot worse when it happens in a country amidst such poverty, inequality, and violence.