WhatsApp is the best way to talk for free on any smart phone, pad, tablet, or computer terminal.  Long live the more popular, more flexible, more user-friendly – and entirely free – WhatsApp. With the annual fee having long since been knocked on the head and video calling having finally landed alongside better video viewing, there’s now nothing standing between you and endless chats. That means it’s time to progress beyond the basics and learn to become a WhatsApp wizard. Whatsapp has swiftly taken over the world of mobile messaging and free international calling, and is huge in Guatemala tourism and with travelers.  Many travel agents now list their Whatsapp number as their first point of contact.   If you have never heard of it, here is a short history.

Whatsapp was incorporated in 2009, and spend several years developing the cross-platform model, adding features, and collecting fans along the way.  In a December 2013 blog post, WhatsApp claimed that 400 million active users each month, by February 2016, WhatsApp had a user base of over one billion, making it the most popular messaging application at the time.   In February 2014, Facebook announced plans to purchase WhatsApp for a whopping $19 Billion dollars. The sale was made official soon after, and the final price came in closer to $22 Billion, its largest acquisition to date.  At the time, the acquisition was the largest purchase of a venture-backed company in history. Facebook CEO Mark Zuckerberg said that Facebook’s acquisition of WhatsApp was closely related to the Internet.org vision.  According to a TechCrunch article, Zuckerberg’s vision for Internet.org was as follows: “The idea, he said, is to develop a group of basic internet services that would be free of charge to use – ‘a 911 for the internet.”  These could be a social networking service like Facebook, a messaging service, maybe search and other things like weather.

WhatsApp has seen unprecedented growth. In Guatemala and other Latin American countries the app has become ubiquitous, and is installed on over 90% of all iPhones.  Why is Whatsapp so popular??  It’s common practice for wireless carriers in the U.S. to bundle unlimited texting with voice and data plans. However, in countries such as Guatemala where pre-paid cellphone service is more popular, mobile users are charged to send and receive individual messages. WhatsApp allows users to evade these fees by sending all messages and calls, including picture, audio, and video via data or Wi-Fi connection. It’s not hard to see how WhatsApp became so popular locally and internationally, especially when their service is absolutely free.

What this means locally is that anyone with a smartphone does not need to purchase saldo to make phone calls to other Whatsapp users, so long as they have a Wi-Fi connection or data plan. WhatsApp has essentially done for mobile messaging what Skype has done for international calling; it has given users a quick, easy, and low-cost way to communicate.

Now for the fun stuff; learn Whatsapp hacks that will turn you into a messaging wizard.

1. Send a message with your voice 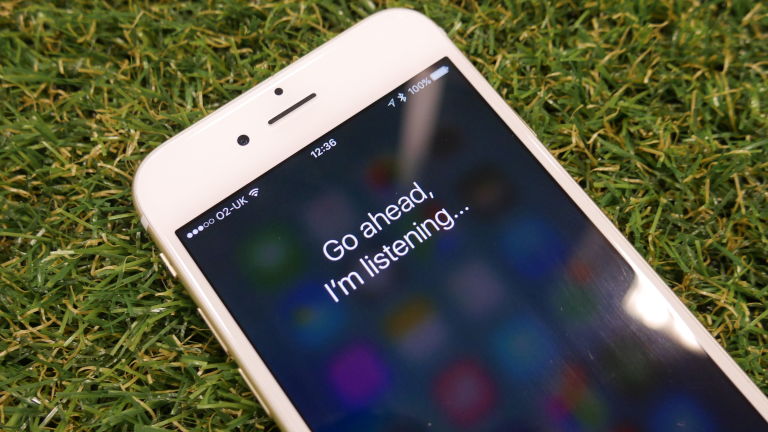 “Hey, Siri, stop being beyond useless.” Oh, you’ve listened, thanks. Having moved past its infuriating “sorry, I didn’t quite catch that roots,” Siri has added some impressive new smarts, and now plays nice with a number of third-party apps, including the likes of WhatsApp. That means you can get your voice involved when you want to send a message. Now, instead of dictating your messages to be sent as out dated texts, Siri lets you read out your commands to WhatsApp and enjoy some impressive hands-free messaging. All you need to do, once you’ve ensured you’re running the latest version of WhatsApp, is bust out the correct vocal commands: “Hey, Siri. Send a WhatsApp to mum…”

2. Throw in some bold and italics to get your point across 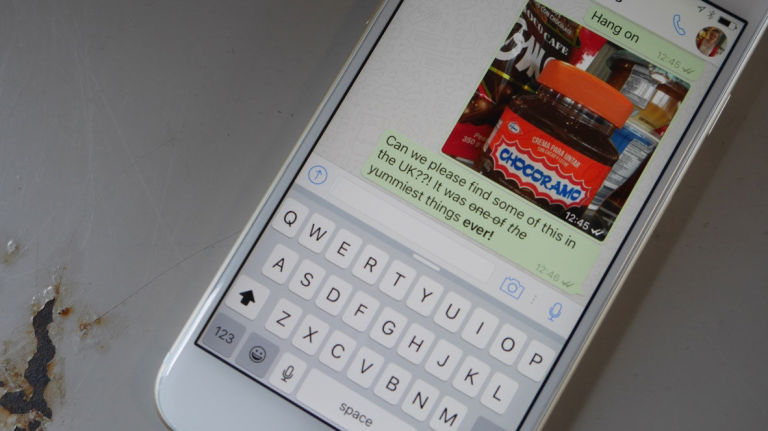 WhatsApp is great for most things. Sensing tone isn’t always one of them though. Fortunately there’s a hidden little feature to help you better get your point across and help your friends understand the urgency of your messages. You can add bold, italics, and even strikethrough.  How?  Well, sadly it’s not as easy as simply clicking the corresponding button. Instead, every time you want to put a bit of emphasis on a certain word, you’ll have to put the desired command shortcut around the words you want to stand out. To bold up, you need to but an asterisk on either side of the word, like *this*, while italics need an underscore on either side of a _word_, and strikethrough a tildes (those squiggly hyphens), just like ~this~. Feeling jazzy? You can even combine commands for *_bolditalics_* attention grabbing.

3. Use WhatsApp on the big screen 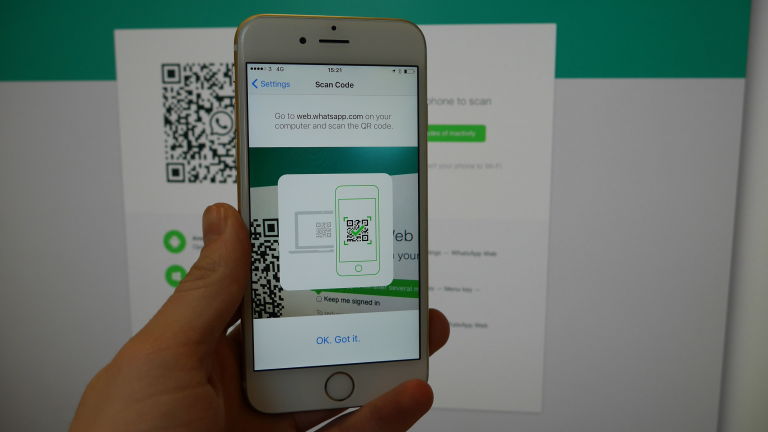 Dedicated Windows and Mac OS WhatsApp apps have just launched, meaning you can seamlessly sync your smartphone-based chats to your primary computer and skive work without anyone suspecting a thing – bonus.

4. Quote your friends to prove them wrong 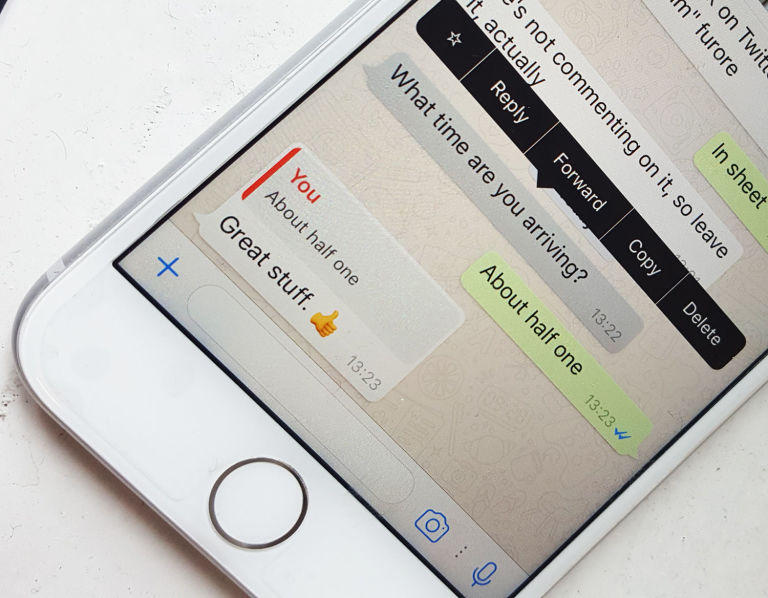 Instead of scrolling back through hundreds of rambling messages, taking a screenshot of the proof that your pal said they’d arrive two hours ago, then cropping it and sending it back – you can now simply quote them. Sure, you’ll still have to give your thumb a sizeable workout by scrolling back to the message you want, but once you have it, you can simply hold down on it, then hit the left arrow on Android or the ‘reply’ button on iOS to deliver your WhatsApp mic drop. This feature will handily link them back to that message if they need added context as well.